The world's population is 7 Billion.  Click here to see how it has changed over time.

Diversity and composition refer to HOW the population is made up – its like a snapshot of a country at a moment in time.
Comparing Auckland, Northland and West Coast - GENERAL POPULATION
Use this link to go to 'Quick Stats' on the Statistics NZ website.  then click on the region.

Comparing Auckland, Northland and West Coast - ETHNICITY
Use this link to go to 'Quick Stats' on the Statistics NZ website.  then click on the region, and then click on 'view all sections' and then 'cultural diversity'.  Complete the tasks set in class by your teacher

﻿AGE/SEX PYRAMIDS﻿
Another important statistic is Age and Sex.  This can be shown on an Age/Sex Pyramid.

This is how and why population is spread across the landscape.

Key bits of info about the Distribution of New Zealand's Population:
WHERE do people live where they live? (read more here)
3. MIGRATION
INTERNAL MIGRATION
1. Rural-Urban Drift
This is when people move from rural areas to urban areas. This is usually for jobs, better education, better medical services etc.
Many people move to Auckland from rural areas. Why do you think people move to Auckland? What does Auckland have that rural areas don't have?
3. Counterflow
This is movement of people back to smaller towns.  y.

Population is constantly changing over time. 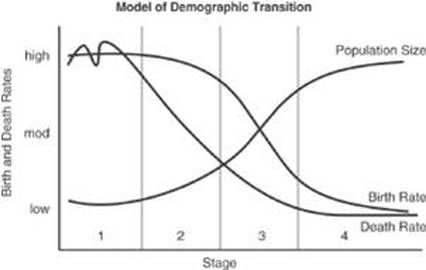 What does the Demographic Transition Model show? Why have Birth Rates and Death Rates dropped?

Population Sustainability is the capacity of the environment to support a population in the longer term.  Watch this video to see if the world can cope with 7 billion people - click here.

In class you looked at how New Zealand can sustain it's Aging Population.
Below is information about Auckland being able to sustain it's population as it continues to grow.