A contemporary issue refers to an issue that is currently affecting people or places and that is unresolved.

A geographic issue refers to a topic, concern or problem, debate, or controversy related to a natural and/or cultural environment, which includes a spatial dimension.

THE ISSUE: Traffic Congestion in Auckland 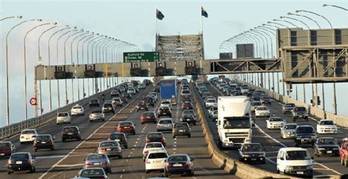 People in Auckland spend a lot of time in traffic.

Auckland's shape has meant that the motorways form a radial pattern coming out from the CBD.

Auckland has public transport but it is not covering all of Auckland and some of it is unreliable.

Read the article (click here) how bad Auckland's Traffic is.

Download File
Are more motorways the way to go in Auckland? or are they causing more issues?

The issue with Traffic Congestion in Auckland today 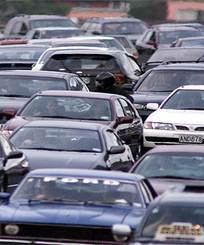 
•200,000 vehicles travel on the Southern Motorway each weekday.
•In March  153,000 cars travelled over the Harbour Bridge


What impact will the following statements/facts have on traffic congestion in Auckland in the future?
Residential high-density buildings constructed within the last decade have helped to increase the population living in the CBD to from 1,400 in 1991, to 16,000 in 2004 to 40,000 in 2010.

Auckland’s population is forecast to reach around 2.5 million people by 2041.

Car travel times to the city centre from the southern growth area are likely to increase by 25 minutes between 2021-2041.

It has been predicted that by 2041:
•Buses won’t be able to meet demands and vehicle speeds in the city centre will halve in the morning to walking speed.
•Private trips to the city centre from some areas will take up to twice as long.
•Trains will be at capacity.

Motorway Onramp Lights - do they work?

Examples of Public Transportation around the world


If you want to see what Auckland's traffic congestion is like, check out this live website .  I strongly suggest you look at it during morning or evening rush hour.

The following articles might help you with your assessment:


Website - The Auckland Councils Transport Plan.  This is what they plan to do. You can use ideas from here for Task 3 (just not the City Rail Link as that has already started)
If you want a map of Auckland, here is one from Google Maps, put into a word document. The paper is A3 size.